Furthermore, this was about comment on social media days back that legendary music producer Hammer of The Last Two lied.

Moreover, Strongman said Hammer lied about about his statement on Facebook that he never planned to sign him, Strongman.

Teephlow called him out on it on TV Africa.

He stated that the reply his fellow gave after chancing on the music producer’s statement was not necessary.

Also, according to the rapper, he was not happy when he saw a screenshot of Strongman‘s post on Facebook.

Furthermore, Teephlow further said he wouldn’t have made the statement if it was him. However, he cannot say much about it. This is because every artiste and how he decides to deal with issues concerning their brand.

“Well, I mostly do not to talk about such issues. VGMAs is just this weekend so we have to drive the fans’ mind towards the voting. I’ve some screenshots of some messages and I personally wasn’t happy. If I was in his shoes maybe I wouldn’t have written the message but everyone has his tactics.”

When Nikki Samonas, host of the segment asked if he would reply Strongman for shaming the man who mentored him, Teephlow replied that there is no need because he has not been sent a letter.

The statements between Hammer and Strongman Burner 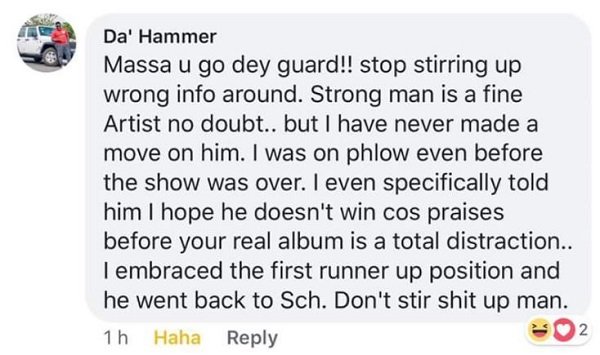 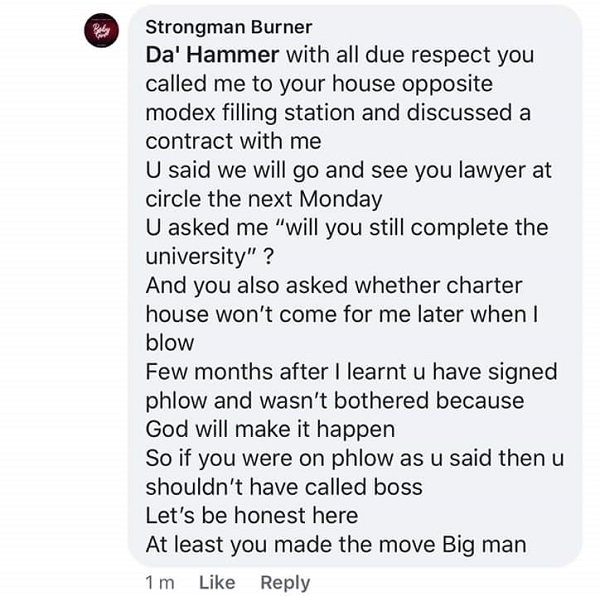 Shatta Wale Is One Of The Greatest To Ever Do It In Ghana – E.L Lavishes High Praise On Crazy ‘Gbee Naabu’
REMINDER: Vodafone Ghana Music Awards On Saturday

This Is Akuapem Poloo’s Yawa Leak You’ve Been Looking For! What A Video!!!