Stop Spending Too Much Money On Dresses For Red Carpets, Invest Them – Baby Blanche To Slay Queens

Ghanaian actress, Baby Blanche has advised her colleagues in showbiz to stop spending too much money on dresses for red carpets.

Baby Blanche believes that, it is better for a woman to invest and be financially independence. This according to her goes to all women, whether single, married or is yet to marry.

According to her, it makes no sense to spend huge sums of money on a dress just for a day when the same amount can buy several bricks for a project.

Blanche, who was speaking on the latest episode of Celebrity Ride With Zionfelix noted that it’s very good for a public figure to look attractive when stepping out for an event. She believes it’s part of the showbiz package, however, she quickly added that looking beautiful does not mean spending huge sums of money on an outfit.

The ‘Hot Fork’ actress further stressed that since we do not wear dresses with their price tags, it’s better for one to cut their coat according to their cloth. 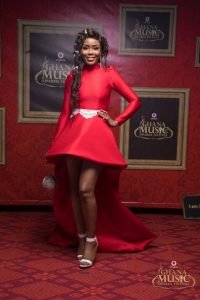 She advised the ‘slay queens’ out there not to borrow clothes for events just to look flashy. This according to her is  because several rich women who can afford expensive outfits are at their ‘one corner’.

Asked why she is mostly not seen slaying on red carpets as her counterparts do always, she replied that she has several clothes but she is not used to the new trend of slaying.

The actress and producer of ‘Trophy’ movie revealed that she is working on her building. Hence will not spend cash on high-priced textiles since that’s not her priority for now.

Wendy Shay turns into a beggar on the street (Evidence).

The Member of Parliament for Ledzokuku constituency, Dr. Bernard Okoe Boye says the ruling government has proven itself...

Deputy Minister of Information, Pius Enam Hadzide has praised President Akufo-Addo for how best he has fought corruption...